Participants to the 36th CEOS Plenary in Biarritz

CNES had the pleasure to host the 36th Plenary in Biarritz, between the 30th of November and December 1st. This meeting was chaired by Dr. Selma Cherchali. More than 70 participants were present in Biarritz in person, and about 30 more attended remotely. It was the first physical Plenary since 2019, the last two meetings being virtual meetings only, due to the sanitary conditions. All attendants enjoyed the opportunity to meet face to face, positively influencing the quality and efficiency of plenary discussions!

Most decisions submitted to the CEOS Principals had been prepared during the SIT Technical Worshop held at ESA/ESRIN in September. In particular, two new task teams had their Terms of Reference endorsed by the CEOS Principals: (i) the “New Space” task team and (ii) the “Ecosystem extent” task team. Discussions confirmed the extensive interest from most CEOS members on the “New Space” topic and the proposed task team, which will explore the opportunities for international cooperation and initiatives on development of “New Space”. In addition, the discussion group on Biodiversity proposed the creation of an “Ecosystem extent” task team, whose purpose is to map Ecosystems’ extent using space-based observations: a research gap of key importance for biodiversity studies.

During the Plenary the white paper “Monitoring Surface PM2.5 : an international constellation approach to enhancing the role of satellite observations”, proposed by the Atmospheric Composition Virtual Constellation, was also endorsed. The extension of both the Ocean Coordination group (6 months) and the COAST Ad Hoc team (1 year) were also decided.

The CEOS Chair presented a summary of the main results obtained within our priorities, under the banner of “Paths to sustainability: from strategy to practical measures”. The goal was to focus on the transition from demonstrators to operational services, as illustrated by the “Recovery Observatories” (support of satellite imagery to post-crisis re-construction) or the SCO (Space for Climate Observatory). Chair priorities also included Cal/Val initiatives in the area of thermal infrared observations, or biomass estimates with the GEO-TREES project.

In the area of CEOS governance and leadership roles, Wenying Su (NASA) and Cody Anderson (USGS) were respectively confirmed as Vice Chairs of the CEOS-CGMS WG Climate and of the WG Cal/Val. The long-term plan proposed by the Chair to ensure CEOS Executive Officer (CEO) continuity was approved. According to this plan, Eumetsat and ESA will lead a European consortium to cover the 2024/2027 period, and an action was taken by European agencies to confirm their participation to this consortium. Finally, the CEOS principals welcomed GISTDA (Thailand) as 2023 CEOS Chair, while endorsing CSA (Canada) as 2024 Chair. 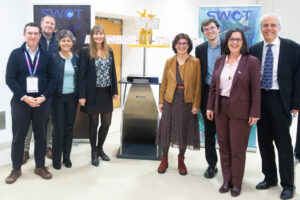 The Plenary also provided an opportunity to hold some specific events, notably a presentation of the SWOT mission as well as a dedicated joint session with the Oceania Geospatial Symposium (OGS) held in Noumea (New Caledonia) during the same week, supported and co-organized by CNES. The CEOS Chair invited the SWOT Principal Investigator to present the SWOT (Surface Water and Ocean Topography) mission, a few days before the planned launch date. This mission involves NASA, CNES, CSA, UKSA and many other agencies. It is expected to provide unique data and information on land freshwater and oceans. The CEOS/OGS joint session aimed to initiate a dialogue between CEOS and regional stakeholders in the user community. On-going CEOS activities in the indo-pacific region were highlighted, while users expressed their main requirements.

Besides the working sessions, the Plenary provided many opportunities for bilateral meetings and informal discussions during coffee/lunch breaks and the Gala diner. Several participants also took part in an excursion the day following the Plenary, visiting touristic cities and villages around the Basque region. This also makes the core value of in person meetings! 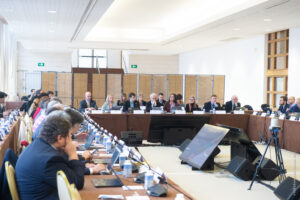 CNES was honored and happy to chair CEOS in 2022 and wished to thank all CEOS entities that have contributed to CEOS activities and to the success of this Plenary. Special thanks to ESA, the SIT Chair, for the quality of our cooperation. We wish to GISTDA a very fruitful 2023 chairmanship. 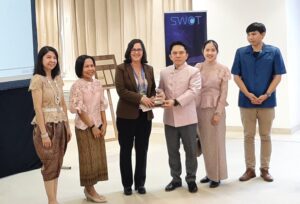 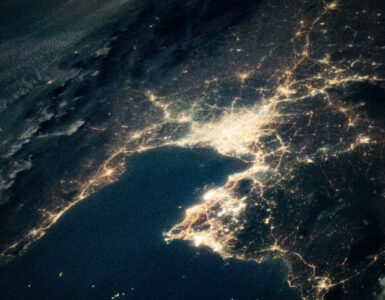 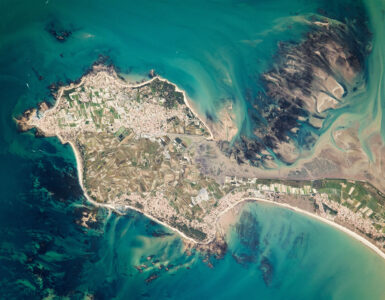 At the conclusion of the 2021 CEOS Plenary in November, the Centre National d’Études Spatiales (CNES) of France assumed the role of Chair of the Committee on Earth Observation Satellites (CEOS) for 2022. As is... 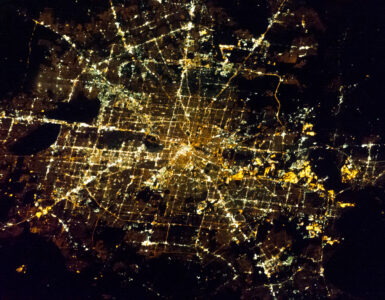 Accelerating Societal Benefit One Data Portal at a Time