Almost 150 individuals from 30 agencies attended the 37th Meeting of the CEOS Strategic Implementation Team, Chaired by the European Space Agency on 29-31 March 2022.

The meeting was held remotely under the continuing constraints of the Covid epidemic but this did not prevent a comprehensive and lively discussion on a number of important topics. Great credit is due to the speakers and session chairs for ensuring that the very compact meeting format with session of only 2.5 hours duration each day, due to the need to respect time zones across the world, could be maintained. In addition to the speakers from CEOS Agencies, three persons external to CEOS were invited to give very informative presentations on the needs of their respective communities: Joanna Post (UNFCCC Secretariat); Steve Hamburg (International Methane Emissions Observatory – IMEO) and Andy Gonzalez (GEO BON).

The agenda was mainly structured around the three central themes set out in the roadmaps on the CEOS Website, namely Carbon and Climate, Sustainable Development Goals and Disaster Risk Reduction. There were also specific sessions on Biodiversity, Oceans and Coasts and on the working mechanisms of CEOS, plus a very innovative session on the role of CEOS in the emerging more complex delivery of EO services under new mixed geometries. Additional topics covered included aquatic carbon, the oversight of ARD activities in CEOS, a new paper on PM2.5 observations and a very interesting discussion with IMEO on cooperation for improved observations of GHGs, notably methane. During the meeting, a short pause to allow Principals to meet in Plenary allowed CSA to announce its candidacy as CEOS Chair 2024. A further highlight during the meeting was the announcement of a substantial (1.2 Bn USD) investment by the Australian Government for the establishment of the first Australian national space mission for Earth Observation, composed of a constellation of four EO satellites.

The Carbon and Climate session covered a wide range of activities including the CEOS work on GHGs, AFOLU, climate use cases, partnership with GCOS and with the UNFCCC on the Paris Agreement and the Global Stocktake. Under the session on SDGs, where work advances in particularly close cooperation with GEO, progress in the new mechanisms put forward to coordinate activities within CEOS was described and under Disaster Risk Reduction, it was announced that the CEOS Disaster Recovery Observatory demonstrator has been recognised by the UN as part of its Space 2030 agenda, paving the way to a potential future engagement of new funding agencies in particular from the UN System, with the objective of transitioning from an R&D to a sustained initiative.

A new topic introduced at the meeting concerned the role of CEOS under the increasingly flexible geometry usually called “New Space”. This session recognised the very rapid progress being made by non-state actors in the delivery of services based on EO satellite data. Players in the private sector but also in other sectors such as NGOs and non-profit organisations are taking an increasingly important role in the delivery of services through provision of novel space assets, in data management and access and in service delivery, all with the aim of increasing the offer of space-based services to the user community. The discussion was led by examples of their experience from three CEOS agencies NOAA, EC and CNES and lively debate followed. This will remain a topic of importance for CEOS which will need to consider how best to manage its operations so as to allow the best possible combination of satellite based services from all sources to be delivered to users. 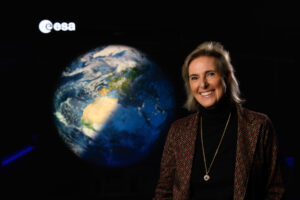 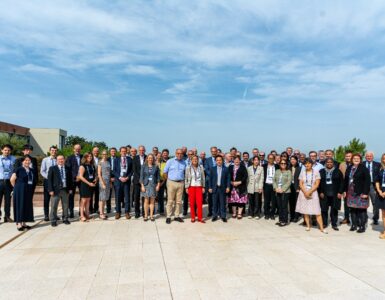 Participants in the CEOS SIT Technical Workshop (ESA ESRIN, Sep. 2022)   The CEOS SIT Chair Dr Simonetta Cheli and her team had the pleasure to welcome 60 representatives from various CEOS agencies that travelled...